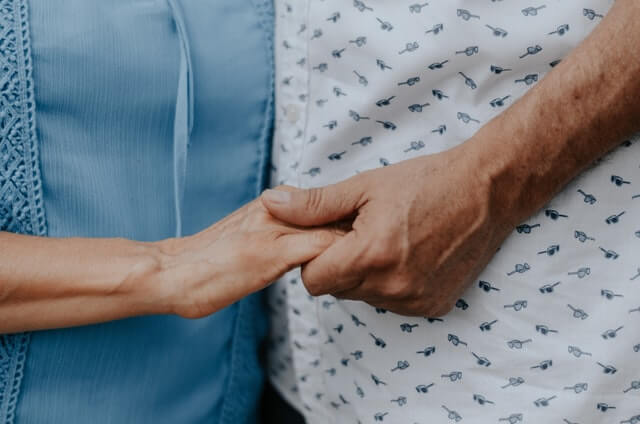 If you are the CDPAP caregiver of someone with Parkinson's disease, you're in the right place.

This article will help you understand what Parkinson's is from its symptoms, the related causes and risk factors, how it's treated, and more details that every caregiver needs to know.

What is Parkinson's disease?

Parkinson's disease is a condition that impacts the nervous system. Patients who suffer from the illness may see their movements and motor skills decline.

In turn, this causes them to struggle when they want to walk and slows down their muscle and/or bone movements.

Parkinson's disease is a progressive disorder. That is to say that its symptoms, which are initially light or unnoticeable, tend to become more severe over time.

The following are the different stages of Parkinson's disease that the sick or elderly loved one that you're caring for will go through, alongside each stage's symptoms and their severity:

In spite of the debilitating nature of Parkinson's disease, the existing treatments and medications enable those who suffer from the condition to attain the quality of life that they desire.

The most effective way for doing so is to identify and immediately address any potential symptoms as soon as you or your family member/friend notice them.

Here the main signs and symptoms of Parkinson's disease:

Seeing a doctor as soon as these signs appear becomes even more critical when your loved one has a high risk of developing Parkinson's disease.

There are various potential causes for this condition. The following four are considered to be the most prevalent ones:

A person who is regularly exposed to toxins and unhealthy environmental elements is likely to suffer from Parkinson's disease when they get older. However, the associated risk is small in comparison to the other causes of this sickness.

Scientific studies have shown that certain genetic mutations could lead to a Parkinson's disease diagnosis.

Having said that, they are extremely rare and mostly pertain to those with a prolonged and/or extensive family history of Parkinson's disease.

Lewy bodies are clumps of substances that appear in the brain's cell. They can only be seen through a microscope. Lewy bodies are a strong indicator that a person has Parkinson's disease.

In the same vein, researchers are looking at how clumped forms of alpha-synuclein (a protein that Lew Bodies contain) that are difficult for cells to break down contribute to the condition.

The precise causes of Parkinson's disease are yet to be pinned down, but some are more likely to develop it than others.

Who is at risk of developing Parkinson's disease?

At a higher risk of a Parkinson's disease diagnosis are:

If you suspect that an elderly family member or friend has Parkinson's disease, your best option for finding out is through an official diagnosis.

How is Parkinson's disease diagnosed?

Firstly, your loved one's doctor might conduct imaging scans (for example, computed tomography/CT and magnetic resonance imaging/MRI scans) to ensure that the symptoms aren't caused by another nervous system ailment with similar signs.

Secondly, the doctor may order additional tests or refer your family member or friend to a neurologist.

As mentioned earlier, diagnosing and treating Parkinson's disease at an early point will prevent its symptoms from getting worse and allow your loved one to lead a healthy life.

Complications That Come Along with Parkinson's Disease

As the caregiver of a Parkinson's disease patient, you may want to be thoroughly aware of the following complications this nervous system illness can cause:

Given the seriousness of these complications, taking prevention measures is just as important as having your loved one go to the doctor for a potential early diagnosis once their symptoms appear.

The exact causes of Parkinson's disease are still unknown. Therefore, it goes without saying that there aren't scientifically-proven ways to prevent this ailment.

Nevertheless, researchers have discovered a possible link between aerobic exercises and a lower risk of developing Parkinson's disease.

It should be noted that the available evidence and data doesn't suffice to confidently conclude that caffeine reduces the risk of Parkinson's disease.

Once a person is diagnosed, however, they will have various medicinal options for treating it.

Parkinson's disease can't be cured, but it can be managed and controlled via medications.

To clarify, the commonly-prescribed treatments help your loved one fight the condition through:

Surgical approaches could be available to your friend or family member.

At the end of the day, the sooner you understand what your loved one's options are and decide on a treatment, the easier it will be for them to cope with Parkinson's disease and prevent it from creating a debilitating effect on their life.