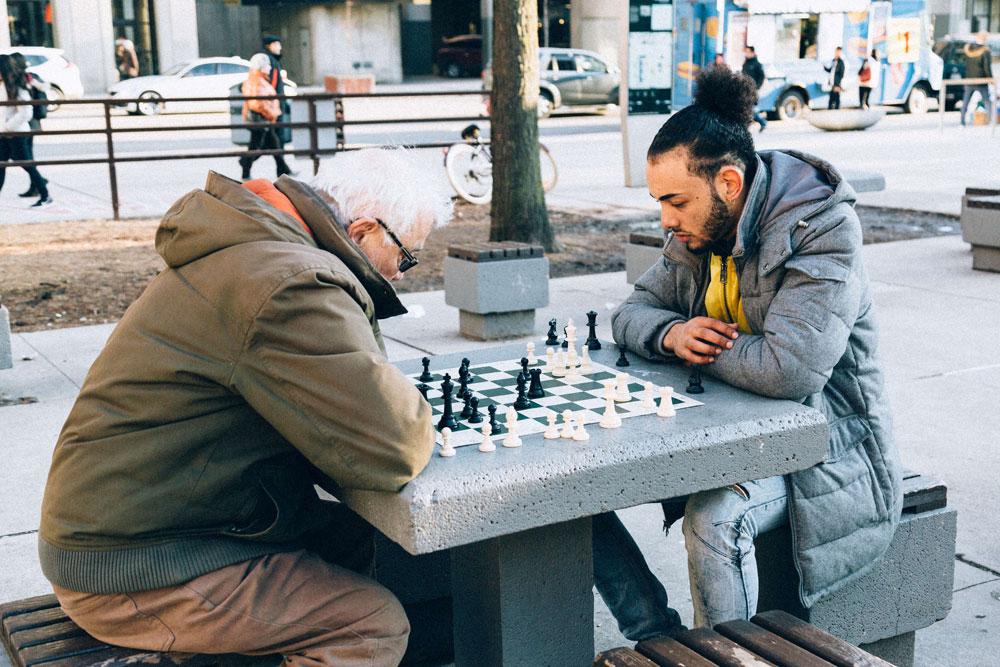 Top 20 Sit Down Games for Seniors

Many of our CDPAP patients are looking for activities that work for elderly and disabled individuals. Below is a list of some of the best card and board games that are perfect for the elderly and the disabled.

Card games can be organized for both large and small groups of seniors and they give everyone the opportunity to mingle and socialize while having fun. Many people have played card games throughout their lives so continuing to play these games brings back good memories.

Nursing homes and assisted living communities can organize a mix of card games to keep things fresh. The games in this category can be scheduled on a regular basis or used only for special events like birthday celebrations. They’re an excellent way to pass the time any season of the year and many of them require on a standard 52-card pack to get started.

This game is played by 2 to 4 players. Players must put together different combinations of cards known as “melds” to score points. It’s an easy game and learning the rules takes only a few minutes, so this is an excellent choice for seniors who would most enjoy an activity with simple rules to follow. Once the players understand the value of each card, they can win points and work up the momentum to win.

Cribbage is a bit more complicated than Pinochle. It can be played with 2, 3, or 4 players with a standard 52-card pack and a Cribbage board that’s used for scoring. It relies on both luck and skills which keeps this game interesting for seniors. Each player gets six cards face down and then tries to be the first to score either 61 or 121 points. Points are scored by making specific card combinations. The cribbage board makes it possible for this game to move quickly, challenging senior players to use their minds and think quickly.

Bridge requires 4 players and a 52-card deck. Players work as partnerships (North-South and East-West) and sit across from each other. As such, this game offers excellent opportunities for socialization. There are three different forms of contract bridge and they each have their own vocabulary. For seniors who have never played this game before, there may be a bit of a learning curve, but the challenge of learning can be a great way for seniors to challenge themselves and stay sharp.

Rummy is a game for 2 to 4 players. It’s one of the most popular card games for seniors in the world in part because of its simplicity. Anyone can learn how to play Rummy! The goal of the game is to create matched sets that consist of three or four of a kind or sometimes three or more cards of the same suit in sequence. It’s a great game for a group of seniors who are still sharp, but who would like a game that’s more about the fun and less about challenging the mind.

Chinese poker is a game that combines luck and skill. In the game, players receive 13 cards. Then, players arrange their cards into three different poker-style hands. The best hands earn bonus points. Though there is skill involved with Chinese poker, it’s definitely a game of chance! So it’s a good choice for a dynamic group of seniors who like to laugh and have fun.

The main object of a game of Canasta is to score the most points. Players do this by melding cards to make as many canastas as possible. A canasta is a meld consisting of at least seven cards of the same rank and the game is over and the score computed when one of the players has no cards left in their hand. Each card has a point value and certain melds score bonuses as well so this game involves some math. It’s a great game for seniors who would benefit from working with numbers as well as the exercise of making decisions because it requires decision-making or players could end up holding a handful of cards without any points!

Big Two involves 2, 3, or 4 players and the object of the game is simple: get rid of all of your cards. The rules of the game are simple and a regular 52-card pack is all you need to play. It’s the ideal game for a larger group of seniors who want to socialize while playing cards rather than spend all their time focusing on the rules of the game.

Solitaire is played with a standard 52-card pack and the object of the game is to release and play into position certain cards that build up a foundation in sequence and suit from the ace to the king. Players who are able to build the whole pack of cards into foundations, the game is won. This is a one-player game, but it’s the perfect choice for someone who would benefit from mental exercise in the form of learning. Once the rules are mastered, the game moves quickly and can provide hours of enjoyment!

Go Fish is an easy card game that may be appropriate even for some older adults with early-stage dementia. This game requires only a standard 52-card pack. The goal of the game is for players to make pairs by asking other players about their hands. This game promotes memory and socialization skills and it can also increase self-esteem.

This game involves 2 to 7 players and the object of the game is to be the first player to get rid of all your cards. Eights can be played at any time, thus the name. Players must make matches and the winner of the game is the first one to collect a certain number of points. As such, Crazy Eights involves memory, math, and a social component. This is a great game for a medium -sized group of adults.

Who doesn’t enjoy a good board game? Board games are a great way for senior citizens to make new friends or pass time with old friends. They’re a good choice for seniors who have difficulties with math or memory, but board games can shine in terms of keeping players thinking and telling stories! Many board games require players to use critical thinking skills and to access memories in order to make the best decisions. Games like Trivial Pursuit and Scrabble require seniors to remember facts on-the-spot in order to win the game.

Scrabble is a game for 2 to 4 players that challenges spelling and vocabulary skills. Seniors must puzzle together words by using not only linguistic skills, but also abstract thinking. This is a great game for building and maintaining mental sharpness and dexterity. It challenges seniors to recollect the correct spelling of words, but to also use their language abilities in a creative way.

Boggle is similar to Scrabble, but faster-paced and easier to learn. It’s more suitable than Scrabble for groups made up of more than 4 players. This game is a good choice for seniors who would benefit from being challenged in terms of fast-thinking and creativity with words construction.

Yahtzee shares some similarities with basic poker hands, but it’s simpler and it uses dice. This a game of numbers and math. What keeps it fun is that players rely on luck to win. This is a game that seniors can play to keep their minds sharp, but also to enjoy socializing over a shared activity.

Backgammon is a 2 player game that’s played on a board with 24 narrow triangles called “points”. The goal of the game is to get rid of all your checkers off the home board. Because this is one of the oldest games in the world, chances are most people already know how to play it. For seniors who have never learned how to play the game, backgammon offers an opportunity to learn something new. This game requires some dexterity and can give seniors the opportunity use the fine motor skills in their hands.

Trivial Pursuit is the ideal game for testing knowledge and memory. Everyone loves this game including senior citizens! Players draw cards and ask each other questions in six different categories according to their location on the board. The rules are relatively simple and the game is easy to learn. Trivial Pursuit is a game that will even challenge seniors who have an excellent memory while inviting discussion over facts uncovered during the game that players may not have known about before.

Bingo is a popular game for seniors because it’s interactive, it invites socialization, and it’s exciting because players have the opportunity to win prizes. It’s a game that almost any senior can play because there’s no skill or strategy involved. Players rely on the luck of the draw to win.

This classic board game challenges players on all levels of thinking and requires them to even think several steps ahead of their opponent. Seniors who enjoy a real intellectual challenge could benefit from playing chess with players who are evenly matched or perhaps better at the game than they are. Chess involves some dexterity because players must move the game pieces. As such, it can be a good choice for seniors who need to exercise their fingers and hands as long as the game pieces are large enough and heavy enough to resist being knocked over.

Chinese checkers is a good board game for a medium-sized group of up to 6 players. This game requires spatial reasoning, strategy, and a certain level of dexterity. It’s a great game for senior players who would enjoy the opportunity to socialize between moves.

Dominoes is not just a game of numbers, but also visual reasoning. Players must be able to use their fingers in order to place the tiles properly. The goal of the game is to score the most points by placing tiles down in a strategically advantageous way. Luck plays a role, but skilled players will almost always win so this is a game that’s similar to chess in that it requires decision-making and the ability to think ahead. Dominoes is perfect for seniors who would benefit from making fine motor movements with their hands, working with numbers, visual recognition, and thinking strategically.

Mahjong is a tile-based game for 4 players. The goal of the game is to create the best hand to win. Similar to poker, players must learn about the tiles and the sets in order to play the game. There are different variations of Mahjong so learning is one of the benefits of the game-experience for seniors.